Returning to the Leeds and Liverpool Canal (Wigan to Leigh, Leigh Branch) (November 2018) 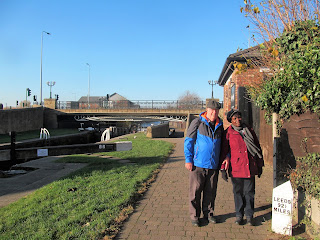 My Dad and I returned to the Leeds and Liverpool Canal; this time walking on the Leigh Branch from Wigan to Leigh.  I've walked the stretch before (see blog) but my Dad hasn't and my Mum joined us for the family outing. 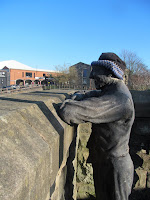 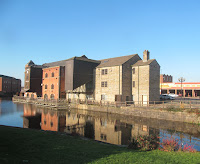 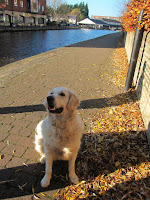 My Dad and I are now finding travelling on public transport increasingly stressful and time consuming.  Taking in account the never ending Saturday strikes with Northern my Dad chose to drive and it only took just an hour or so to reach Wigan from Leeds.  It would take considerably a lot longer by train even if we can get direct ones! 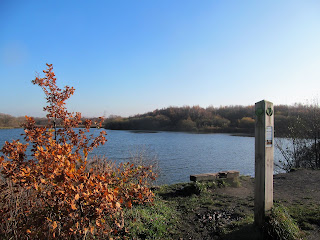 It was around 10.00am that we parked by the Wigan Pier and began our walk.  It was approximately 7 miles or so and we enjoyed the Wigan Flashes in glorious sunshine on this stretch.  The lakes are so blue and with the canal's reflection and autumn colours it was a magical place. 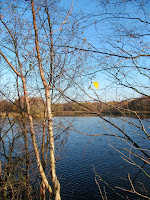 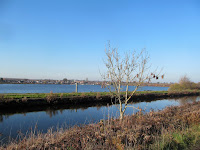 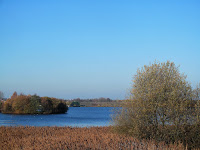 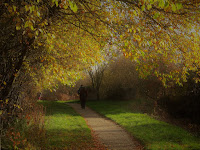 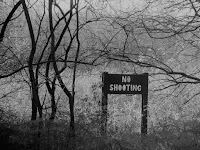 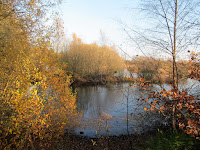 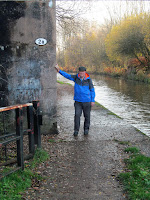 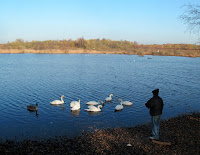 We meant to stop at the Dover Lock Inn for refreshments but it was closed.  It looks like it hasn't been opened in a while.  Perhaps the pub has stopped trading instead we stopped in the Abram area for lunch by the canal.  We continued on walking via Plank Lift Bridge via Pennington Flash and there we enjoyed the views below from above. 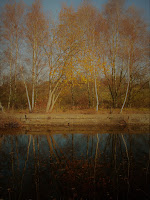 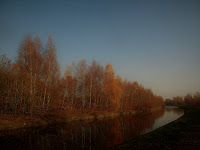 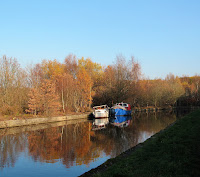 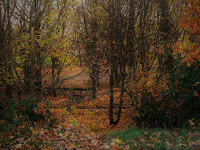 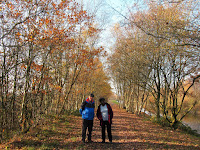 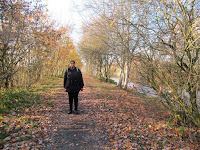 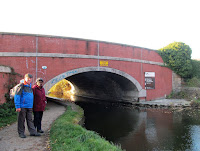 We reached Leigh around 2.00pm where we had coffees and a comfort stop at the Spinning Jenny Pub (nice coffee!) before getting our bus back to Wigan.  After walking through the town centre we reached our car for the drive home.  It was a lovely day for a family walk.  We look forward to future canal walking adventures in 2019 and beyond.