Before I did the 'walk of walks' with my Dad when we walked from Chorley to Wigan I walked the the Leigh Branch.


I caught a later than planned train to Manchester Victoria.  I decided more or less then that I'll start the walk in Wigan than in Leigh.  Getting a train to Wigan will be considerably quicker than a bus to Leigh (Leigh doesn't have a railway station and won't need to walk through Manchester City Centre to catch the bus).  Besides it's middle of winter and less daylight hours.

After I bought an off peak day return for Wigan Wallgate it wasn't long before I boarded my train.  Half an hour later I was in Wigan and walked down to the Leeds and Liverpool Canal. Started at canal's Lock 86 (Bottom lock) and soon I joined the Leigh Branch at the junction. 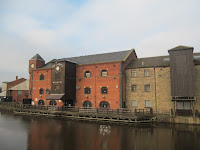 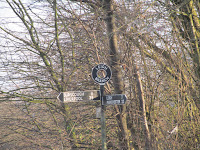 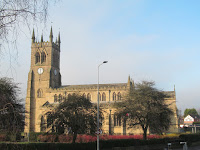 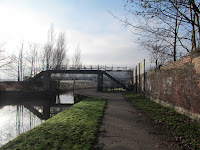 The Branch is approximately 7 miles and I walked through some of the most stunning scenery I've ever seen on a canal.  Seeing the Wigan Flashes in glorious sunshine is a highlight - the blueness of the lakes and the canal's reflections make walking enjoyable.  It was very cold, however, evident from the ice that layered on top of the canal. 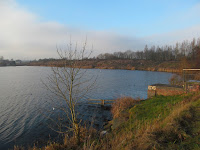 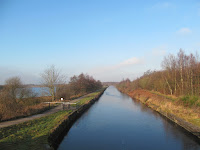 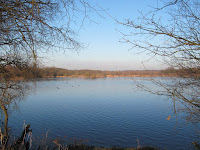 I should have swapped to the other side of the canal at Moss Bridge (Bridge No. 2)...but I continued on the right hand until the fence didn't allow me to go any further!  So I had to retrace my steps back to Moss Bridge (probably a mile of walking back) and walked on the other side.  As far as time was concerned it was a bit of a set back as I only had three hours or so daylight left and probably be stuck on the canal when it gets dark. 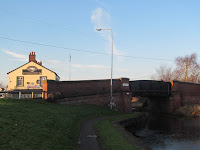 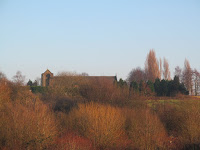 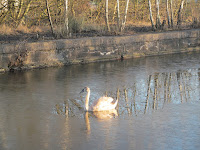 Undeterred I walked on until I stopped at Abram for a quick drink and toilet stop at the Dover Lock Inn.  A very welcome stop as there are no other canal side pubs or facilities on this branch.  A pleasant and friendly pub though it was quiet when I visited. 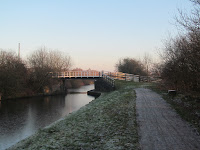 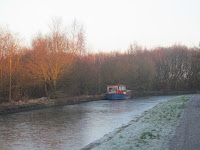 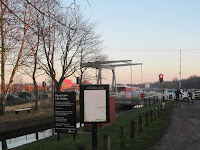 20 minutes or so I continued walking on via Plank Lift Bridge to Pennington Flash. There I stopped for a bit...seeing the sunset over the lake and area was a memorable sight and nothing is better to enjoy the view with some mulled wine and a mince pie!


I reached Leigh around 4.30pm and as it was getting dark.  I caught a bus straight away to Wigan. Had to wait a bit in Wigan before I could catch the first off peak train to Manchester Victoria so I popped into Caffe Nero to kill some time.  The cafe closed at 6.00pm so I had to still hang around Wallgate until I was allowed through the barriers to the platform.

From Manchester Victoria I got a Leeds bound train which stopped at every stop! We almost had the carriage to ourselves until a group of loud ladies got on - thankfully they got off at Sowerby Bridge so we had some temporary peace and quiet until a male equivalent got on at Batley...so I moved to a quieter carriage! 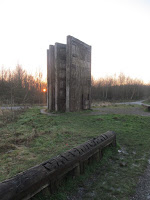 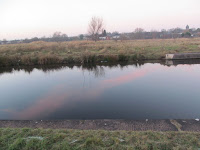 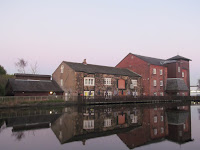 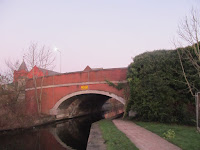