I had an opportunity to attend a talk by Trevor Roberts, founder of Canal Connections, one Thursday evening in July.  He passionately shared his interest for the Leeds Waterways (the Heritage Canal Zone between Thwaite Mills and Armley Mills). 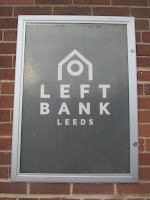 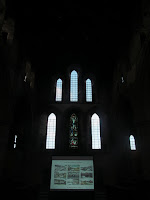 Interesting facts were given out about the waterways, nationally and locally:


An overview was given about Canal Connections, a social enterprise, including its project's aims and outcomes as follows:
Future plans were outlined including a new Port of Leeds in Stourton and increasing its commercial activity on the waterways.

The ultimate aim is for the younger generation to become "custodians of this heritage" and highlighting its importance.

An enjoyable and inspiring evening at Left Bank Leeds - formerly a church and now beautifully restored to its former glory and with an overpriced bar!