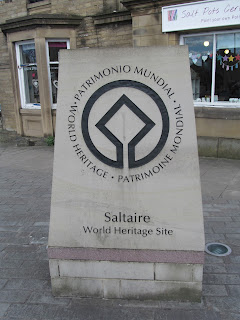 One spring day in 2017 I returned to this stretch of the Leeds and Liverpool canal before my Dad and I completed walking it.  I have fond memories of Saltaire and this is where my desire to walk the whole of the canal began - I only did that day a 3 mile approx walk from Saltaire to Bingley Five Rise Locks (May 2016). 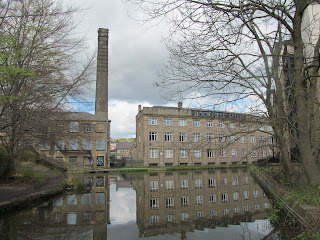 Former Bradford Canal (junction of the Leeds and Liverpool Canal) 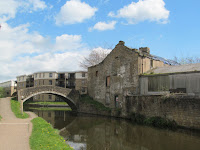 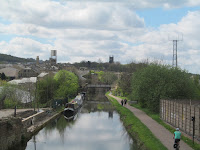 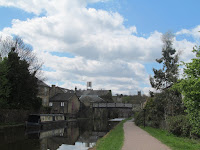 On that occasion I wanted to check out the Bradford Canal which we keep passing on the walks I've done from Rodley and further.  The 3.5 miles canal from Shipley to Bradford opened in 1774 with a final closure in 1922.  There is only a small stretch in water from the junction of the Leeds and Liverpool Canal and it is understood that some remains can still be seen enroute to Bradford.  There are plans to restore the canal but it seems nothing has yet come into fruition.  It remains to be seen. 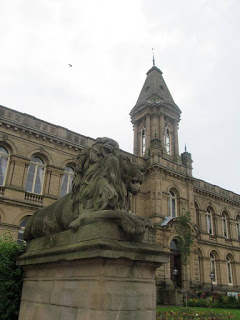 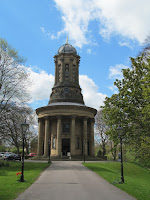 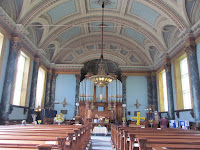 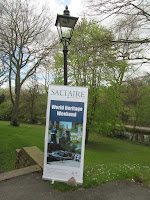 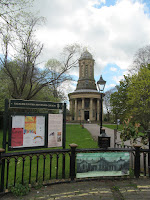 I walked onto Saltaire and did the village heritage and the weekend coincided with World Heritage Weekend.  I have been to Saltaire many times but it's always nice to revisit and explore the village including the congregational church and the almhouses.  At the congregation church, they had a pop cafe where I enjoyed a cuppa and also looked around the displays celebrating the village's heritage. 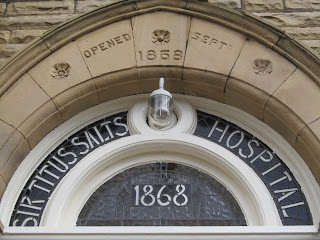 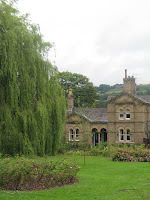 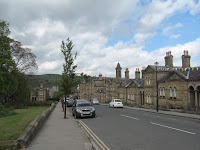 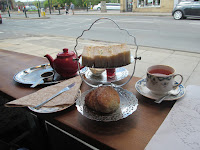 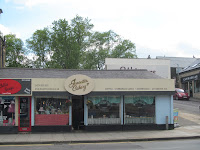 To end an enjoyable day I enjoyed an afternoon tea at Jeanette's Cakery.  It's a small and popular cafe and I was lucky to get a seat (I ended up moving to a seat at the window as I gave up my table for a couple of ladies who were queuing and there were no other seats free except for the single window one).  I enjoyed a wonderful afternoon tea and was ready to get my bus back to Leeds.