Returning to the Leeds and Liverpool Canal (Gargrave to Barnoldswick) 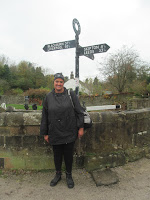 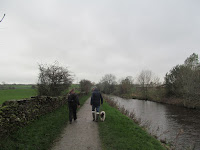 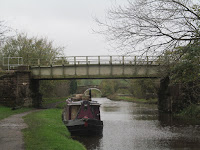 My friend, Julie, had an unexpected day off from work, and suggested we should do a canal walk somewhere.  We initially thought of the Huddersfield Narrow Canal but the Huddersfield railway line was closed that weekend due to engineering works and we didn't fancy relying on bus replacement services.  We opted to return to the Leeds and Liverpool Canal because Julie has only walked as far as Gargrave so I suggested that we do the stretch from there to Barnoldswick.  Not only Julie will get closer to her goal to walking the whole canal but it's certainly one of the most scenic stretches on the canal featuring the waterway's highest point. 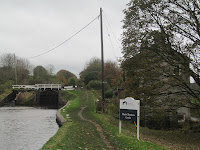 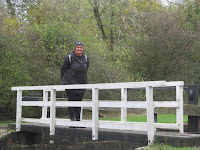 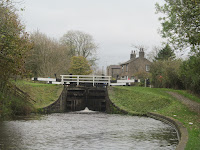 We left Leeds nice and early and arrived in Gargrave around 9.30am.  We made our way to the canal and started at Higherland Bridge and Gargrave Locks.   There was a fair few boats going through both the locks and also the Bank Newton ones.   After ascending up the locks we meandered high up around the canal as it contours zig-zag around the hills, probably for at least two to three miles, until we reached Green Bank and East Marton.  The towpath wasn't in the best condition with mud galore and the cyclists who passed by were struggling! 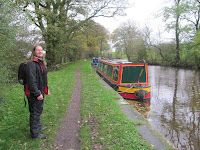 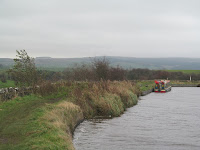 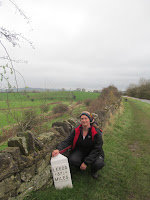 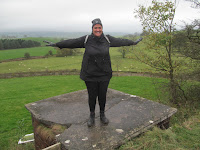 We took a lunch stop in East Marton just before the double-arched bridge and from there we climbed up to the Cross Keys Pub for coffees and hot chocolates.  The views there along and down the canal  (from the bridge) were beautiful and I do love the autumn colours on the trees sheltering the canal. 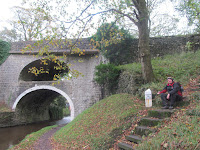 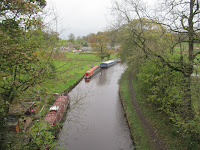 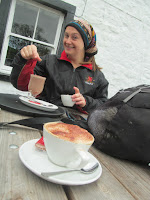 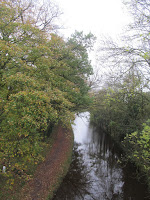 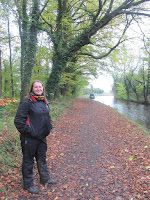 We were guessing which gates across the towpath mark the North Yorkshire/Lancashire boundary and we eventually realised it was the one before the Greenberfield Changeline Bridge.  We ascended up the Greenberfield Locks and reach the canal's summit.  The views of the Pendle Hills were stunning though it was very windy as we were high up.  From this point forward we will begin descending down the canal towards Lancashire and ultimately Liverpool.  We saw the Leeds and Liverpool Canal Society's Kennet moored up, presumably for the winter, near the top lock.  We met someone from the Canal and River Trust who soon learnt that we are friends of the Trust.  We had a nice chat and exchanged our canal adventures. 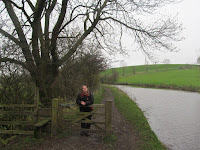 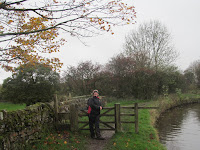 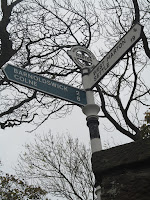 Just a couple of more bridges before we reached Barnoldswick and the end of the walk.  We only waited a few minutes for the bus and 20 mins or so we were at Skipton railway station for our train home. 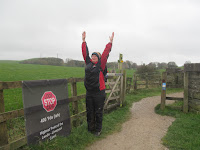 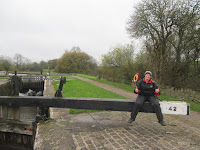 There will no doubt be more adventures on the Leeds and Liverpool Canal but it was nice returning to this stretch which is probably one the most scenic ones I ever walked on. 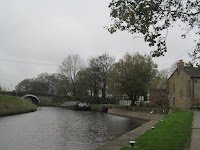 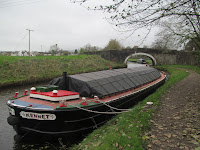 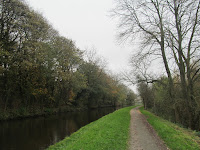