I had the day off from work so my Dad and I took the opportunity to walk (in my case, rewalk) on the canal.  We woke up to a very cold but sunny day and wrapping up wasn't an option.  The sun rays on the iced canal was a sight to see when we started our way from Rodley. 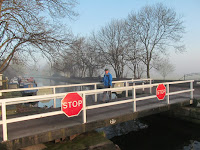 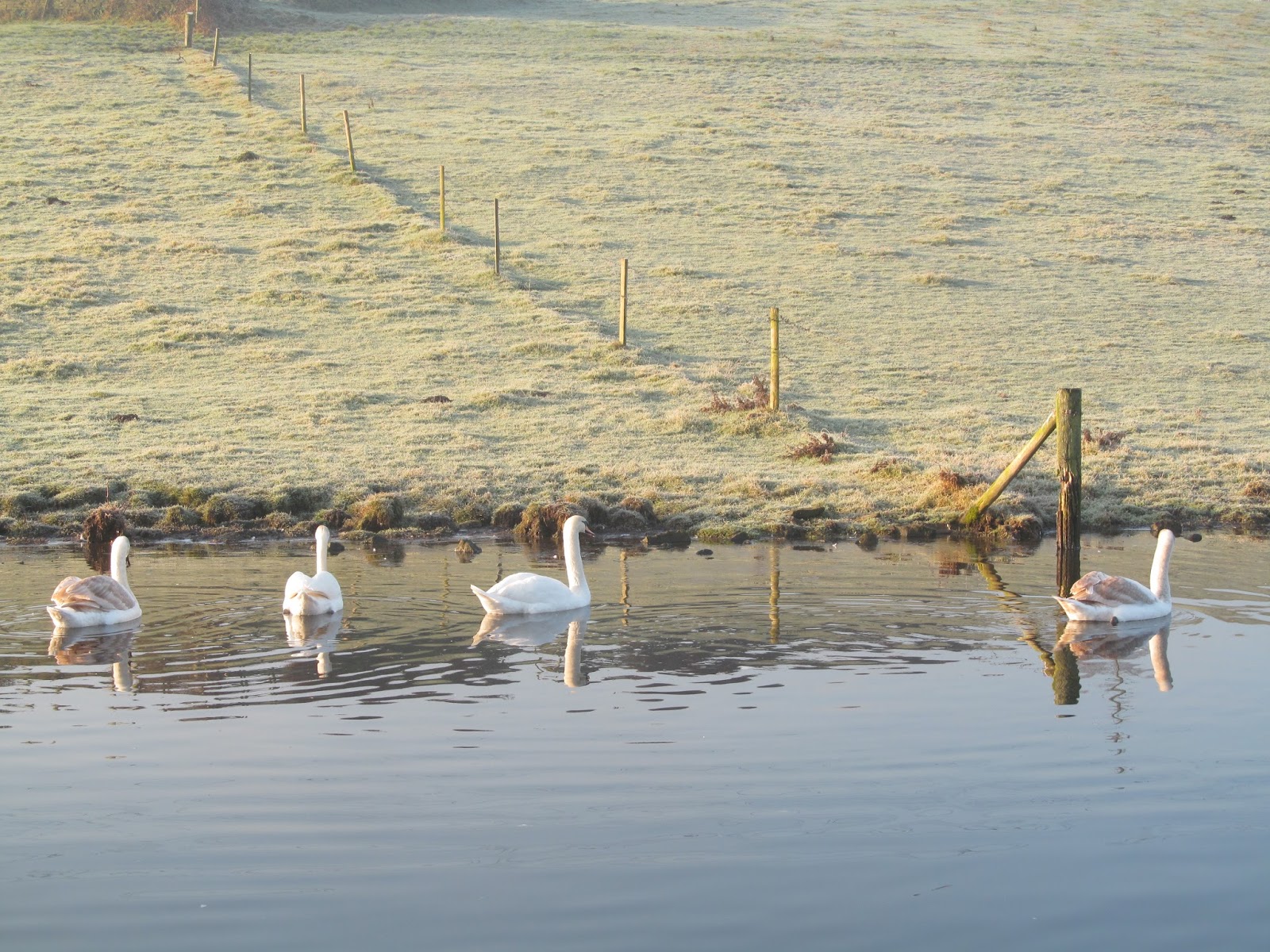 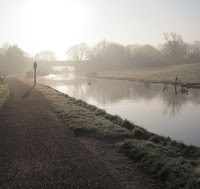 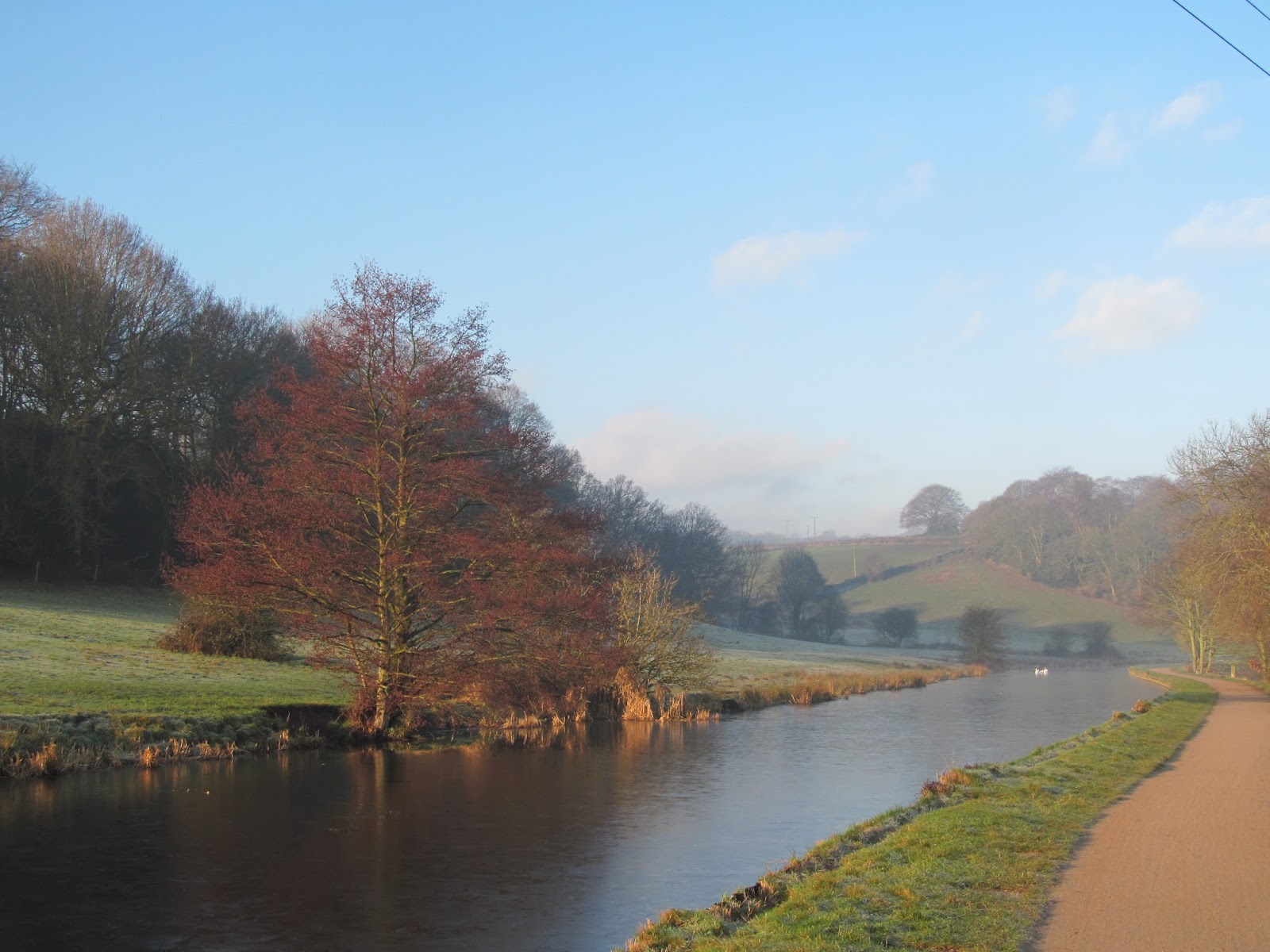 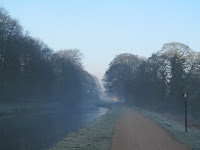 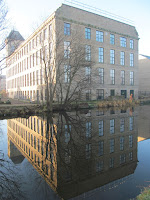 We walked approximately seven miles before we reached Saltaire first passing Apperley Bridge, Esholt, Thackley, Baildon and Shipley.  We took a comfort stop at Saltaire at its iconic Salts Mill.  I do love their Belgian dark hot chocolate at the Opera Cafe there. 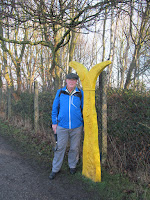 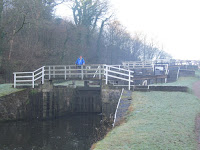 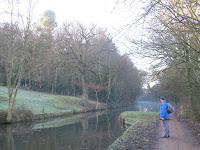 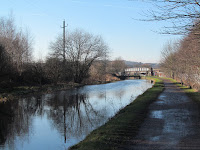 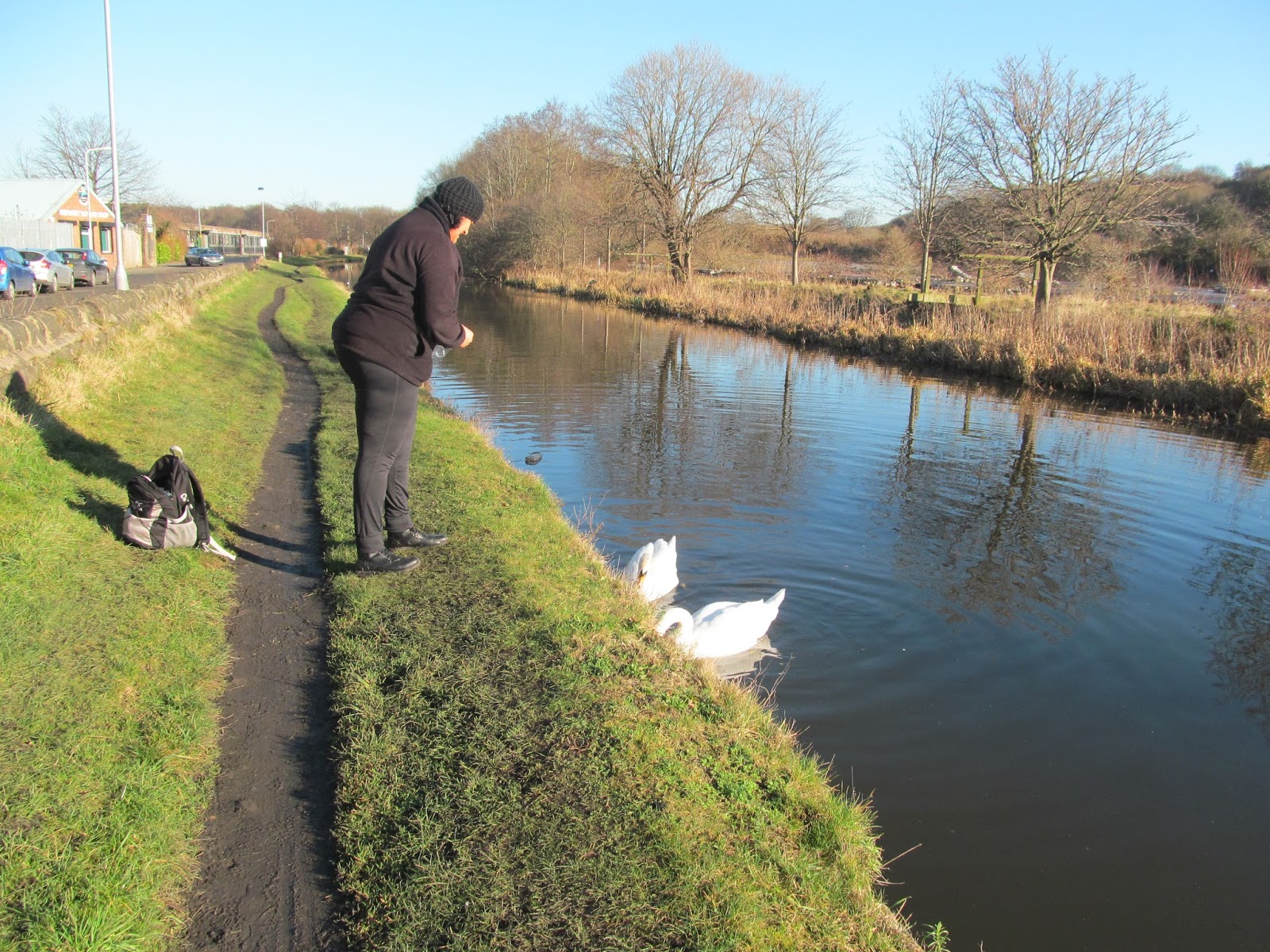 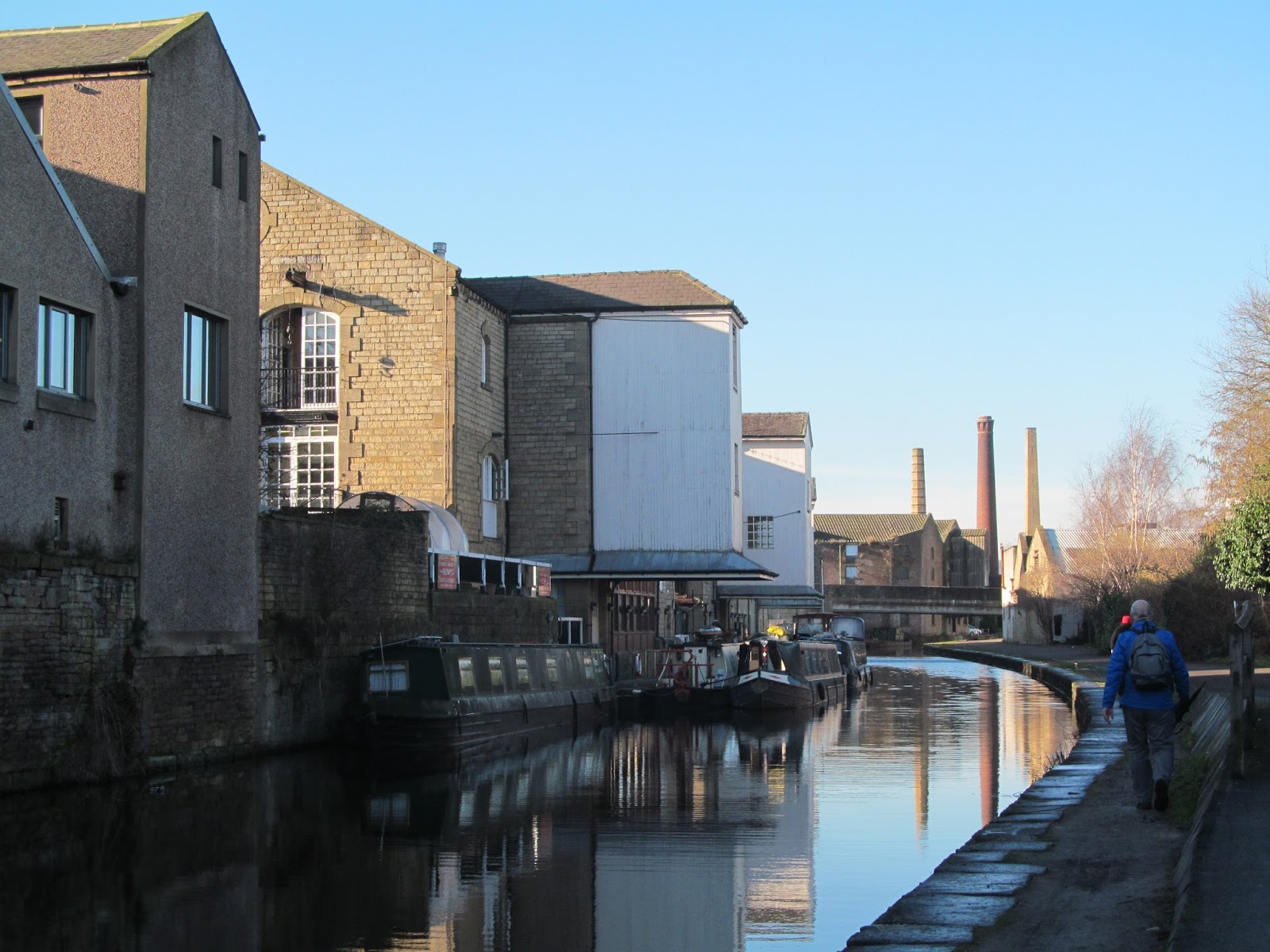 We met some friendly Canal & River Trust personnel and had a chat.  We are now considering becoming 'friends' and my desire to walk the 3,000 miles or so on the waterway grows stronger.  The swans, cygnets, ducks and pigeons were pleased to see and they weren't disappointed with our snacks and lunch leftovers!  Will need to bring peas and sweetcorn on future canal adventures. 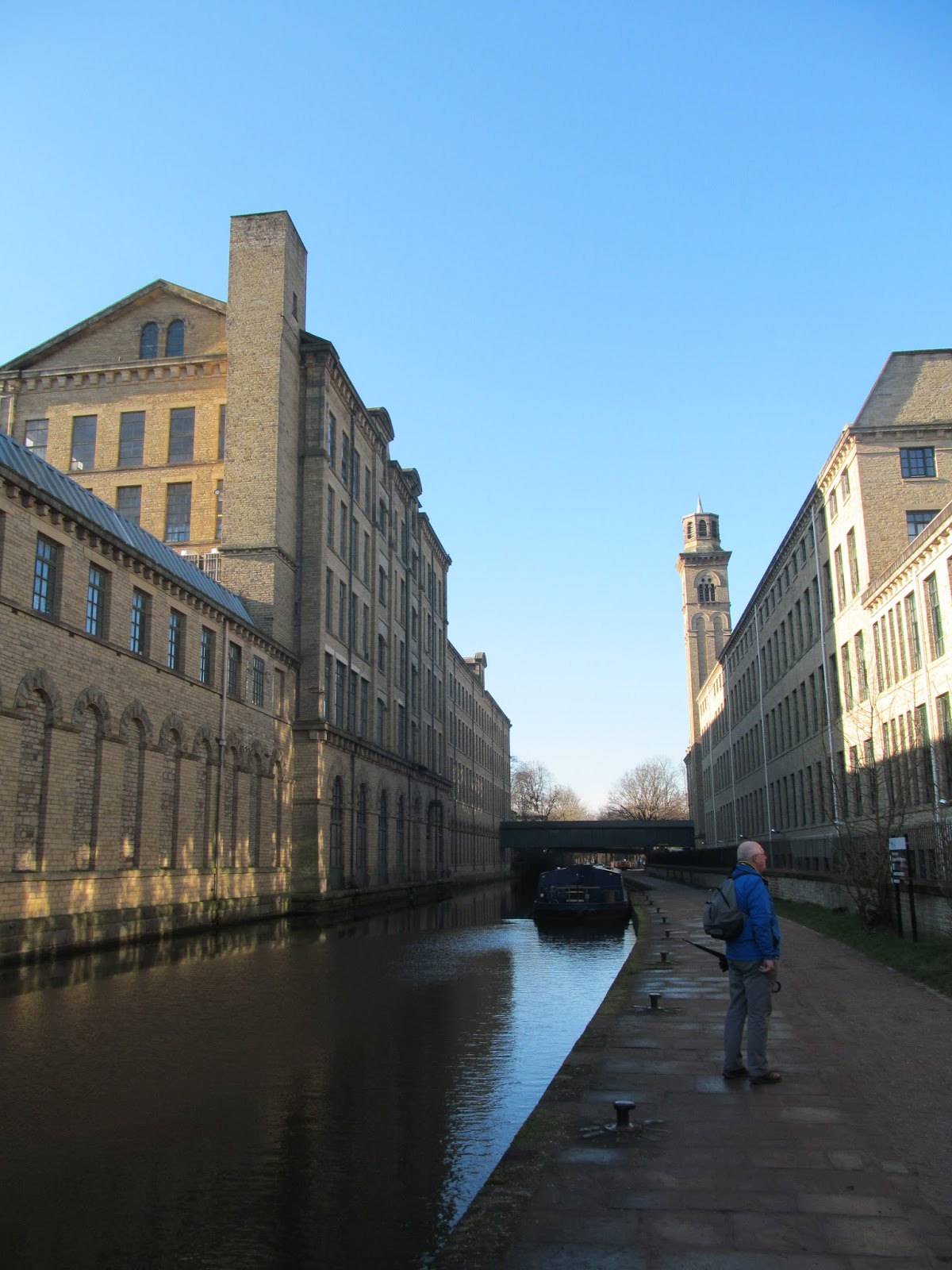 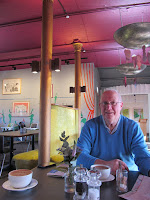 We did a further three miles to Bingley passing Hirst and Dowley Gap Locks.  From Bingley we ascended and passed the Bingley Three Rise Locks and of the course the infamous Five Rise Locks.  As the weather was glorious we sat outside in deck chairs at the Five Rise Locks Cafe.  The weather warmed up the more we walked and I didn't need to wear my gloves anymore. 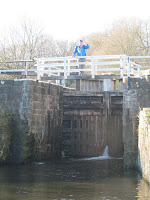 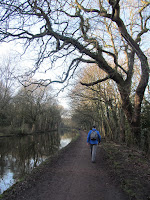 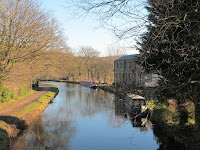 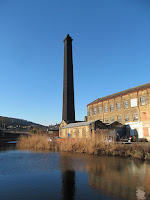 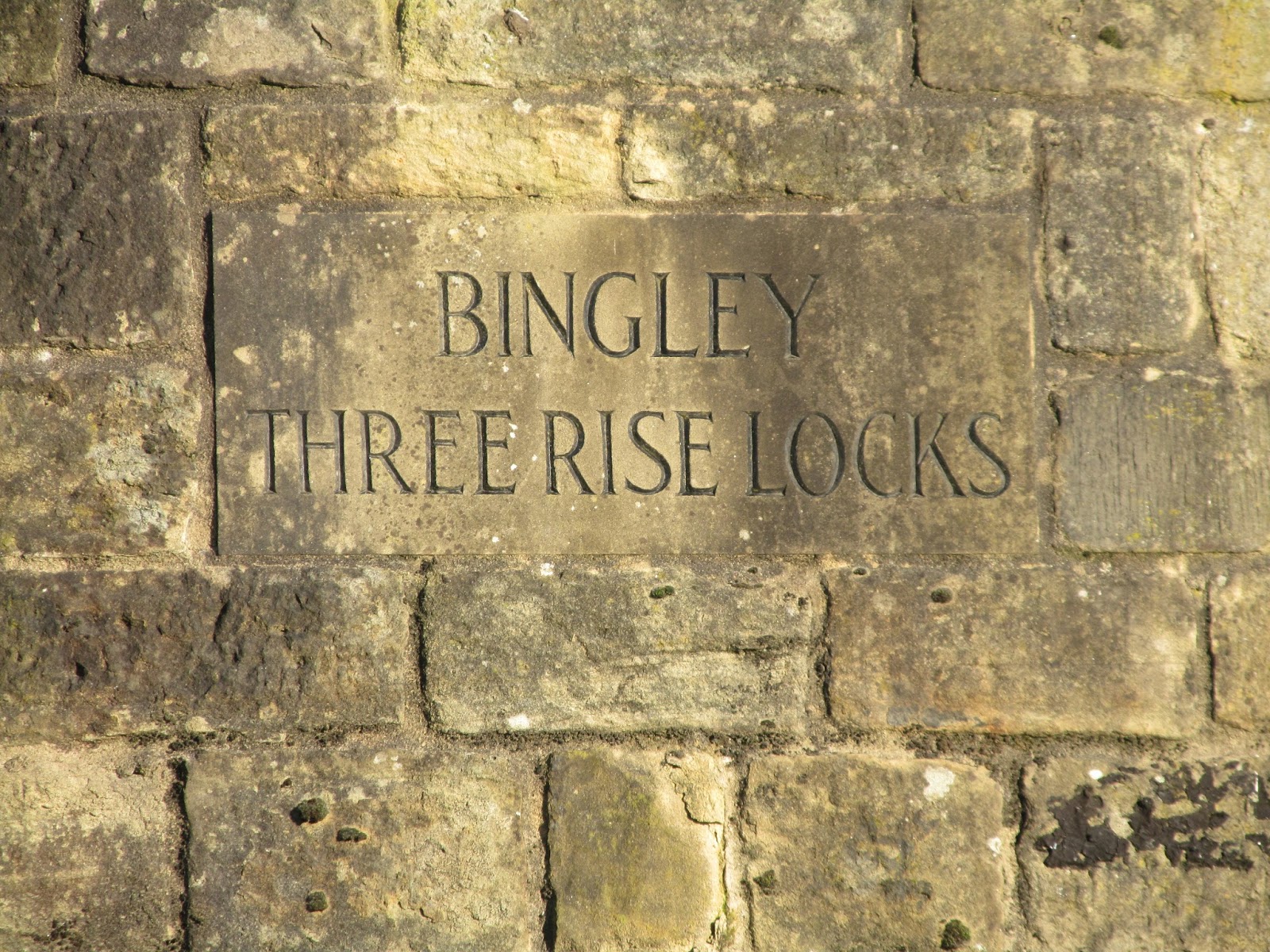 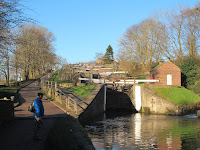 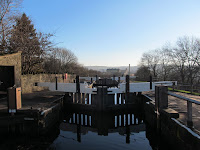 On our walk we notice the refurbished mile markers and we thought the miles to Liverpool and Leeds were placed the wrong way round?  I mentioned this the Canal and River Trust and they advised me of the following: 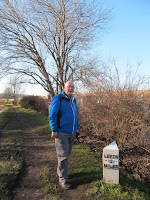 "Britain's canals were the life blood of the industrial revolution and a largely commercial machine.  It was necessary for boatman and canal companies to be able to calculate precisely how far boats had journey along the waterways as these distances formed the basis of toll charges"

"Although the canal is 200 years old, the original cast iron mileposts date back to the 1890s.  They were installed as a response to legislation introduced to regulate canal freight tolls - the Railway and Canal Rates, Tolls and Charges Order of 1893.  This prompted the whole of the canal to be re-surveyed and new mileposts, along with half and quarter mileposts, installed along the towpaths."

"Today we are so used to modern road signs that we assume the mileposts were there to tell boaters how far it was to Leeds or Liverpool, but most canal journeys were much shorter than that.  In fact the posts served a very different purpose tolls were charged for each quarter mile that a cargo was carried.  To calculate the length of a journey, the boatman would subtract the distance on the last milepost he passed from that on the first, then add in the number of half and quarter mileposts passed."

"It is for this reason that the distance plates are displayed on opposite sides of the post to what you might expect.  As the first plate seen displays the distance from your previous location."

Yes it does make sense and also it marks the progress we made from the first milepost with our canal walking.   Thanks for sharing CRT! 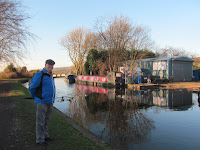 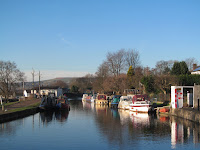 Just a short walk to Crossflatts where we finished for the day.  We caught the 760 bus straightaway to Rodley where we picked up Dad's car for the journey home.   Dad now needs to walk the stretch on the canal from Crossflatts to Skipton.
Posted by Dawn Smallwood at 15:11