It has been a while since my Dad and I last walked on the canal.  We had to wait until Leeds schools' February half term to continue our adventure from Wigan to Burscough.  We got up very early to catch our train to Wigan, changing at Manchester Piccadilly, and to our pleasant surprise we were able to sit together as we anticipated 'standing room only' trains because of the rush hour.  On arrival in Wigan we had a spot of breakfast at the Station Cafe across from Wigan Wallgate station. 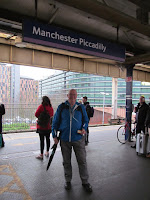 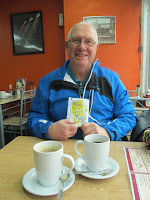 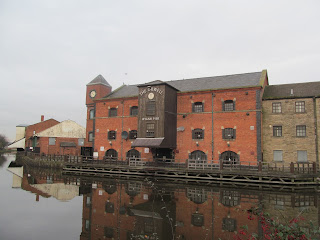 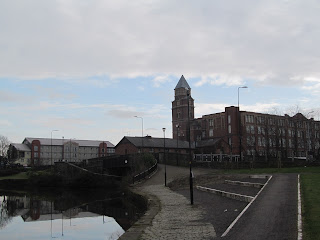 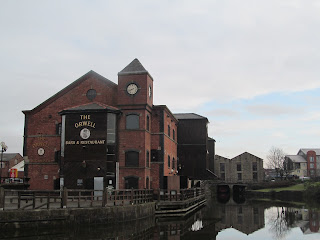 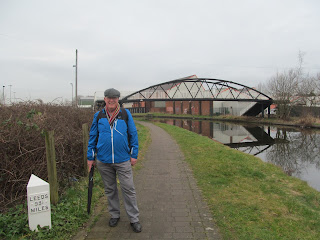 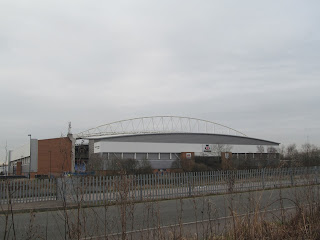 We picked up where we left off last time at Henhurst Bridge and started our walk.  We walked through the Wigan Pier Quarter and the outskirts of Wigan passing more locks and the JJB stadium, home of Wigan Warriors Rugby League and Wigan Athletic football teams.

We reached Crooke, a pleasant canal side village and once a busy area for coal mining and we stopped for a short break.  The pub wasn't opened so we sat in the beer garden admiring the ducks and older barges.  The barges remind me of the Leeds and Liverpool Society's Kennet when it led the flotilla for the canal's Bicentenary celebrations last October. 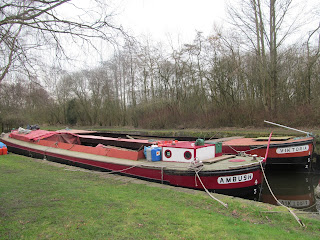 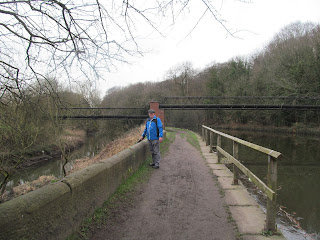 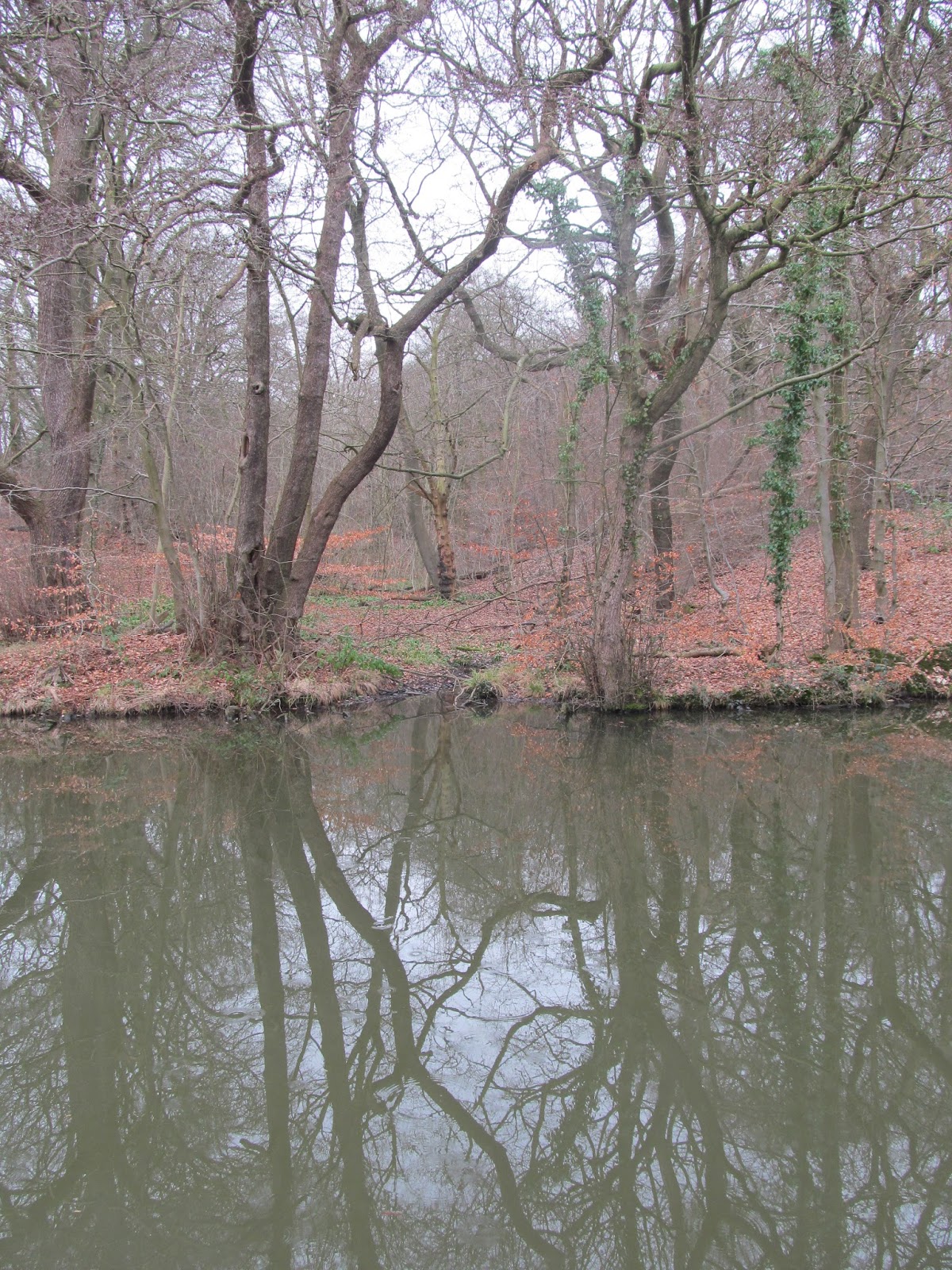 We continued and walked alongside the River Douglas which section served as a navigation and originally linked to the canal.  It's a scenic area with plenty of walking trails - we saw a number of walkers with their dogs.  We passed Gathurst, where the river navigation used to begin between Gathurst and Wigan and was part of the canal, and we saw remnants of this. 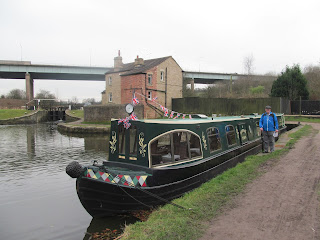 A highlight for me was seeing a narrow boat tea room which was closed, unfortunately.  It would have been nice to have a cuppa and cake inside but probably opens only in the cruising season. 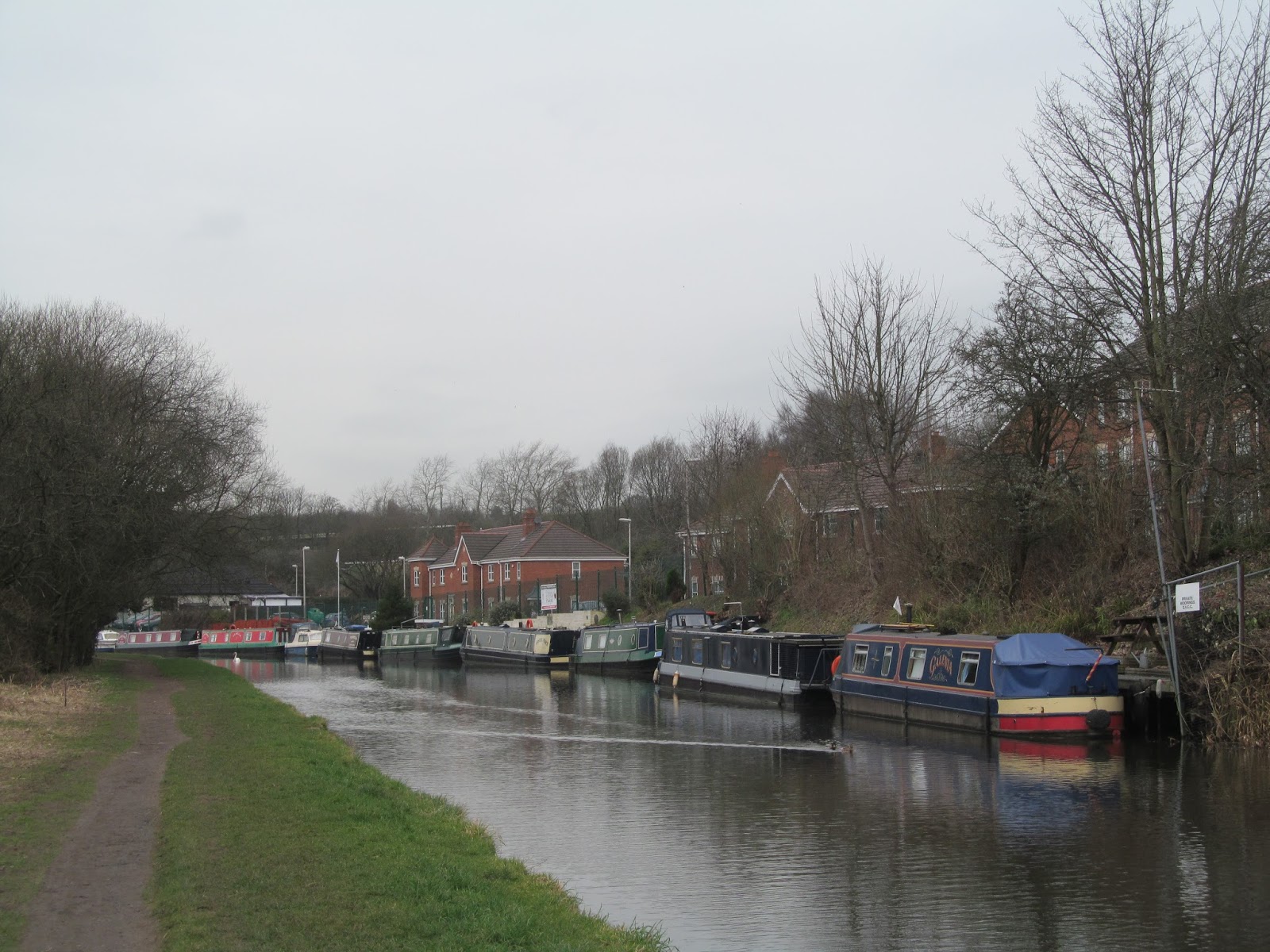 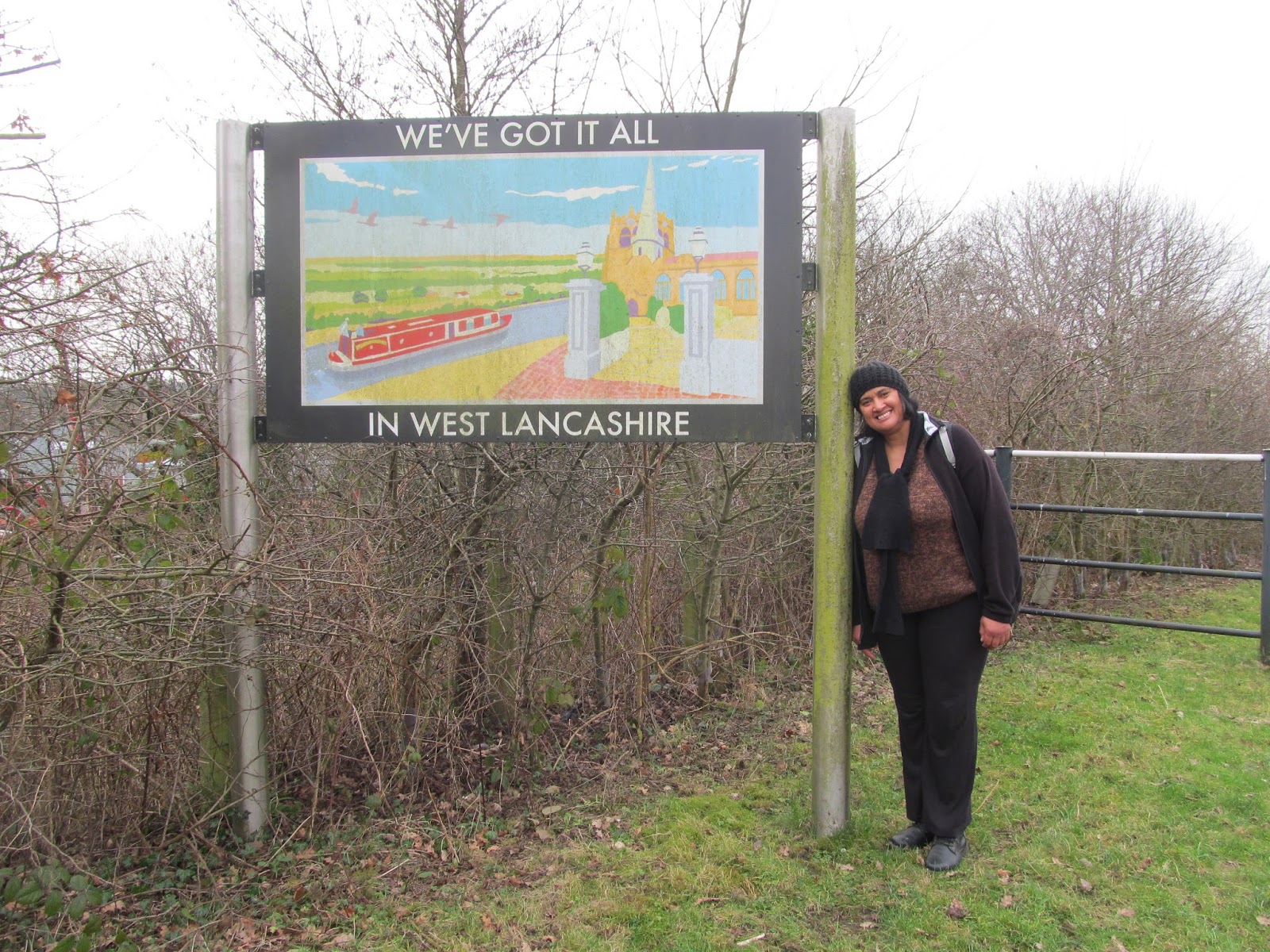 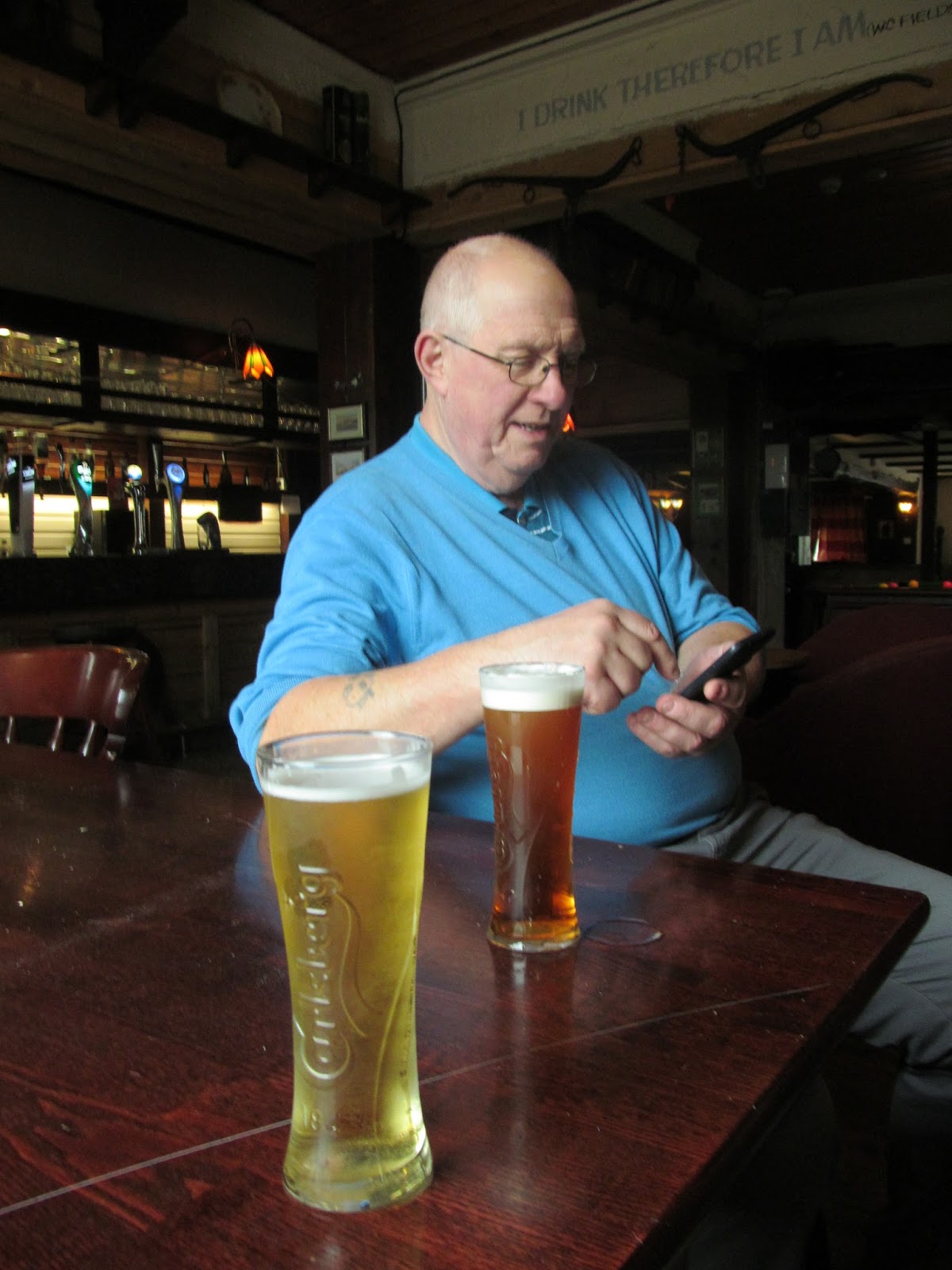 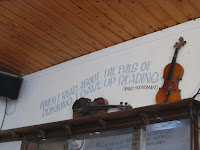 We had a scheduled stop at Appley Bridge - we visited The Boat Inn, an eclectic pub with contrasts ranging from very modern music to old and traditional wood panelling.  The place was very quiet (we were the only customers) and it must have changed hands recently as it used to be called the Sams Country Inn according to our map. 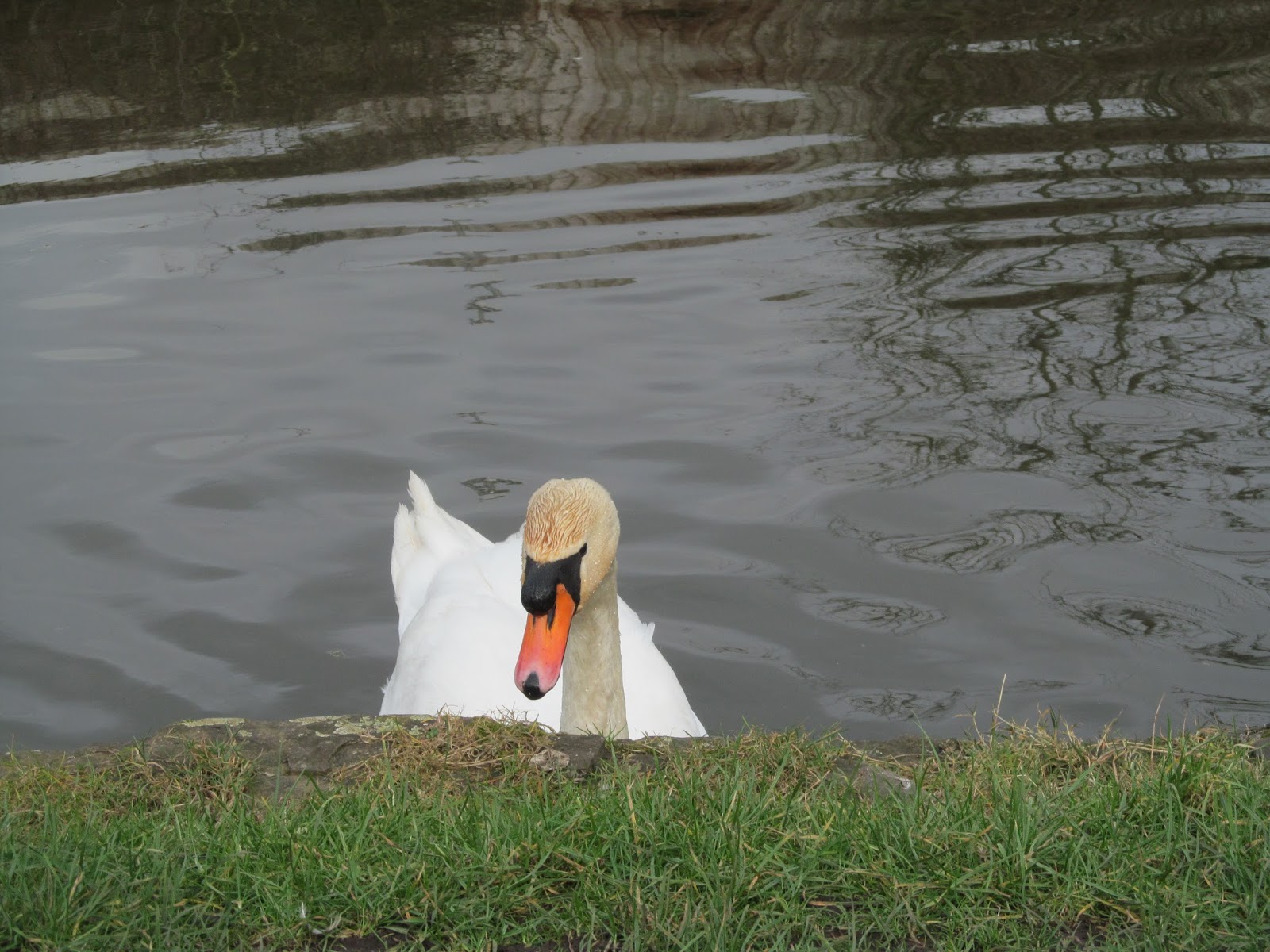 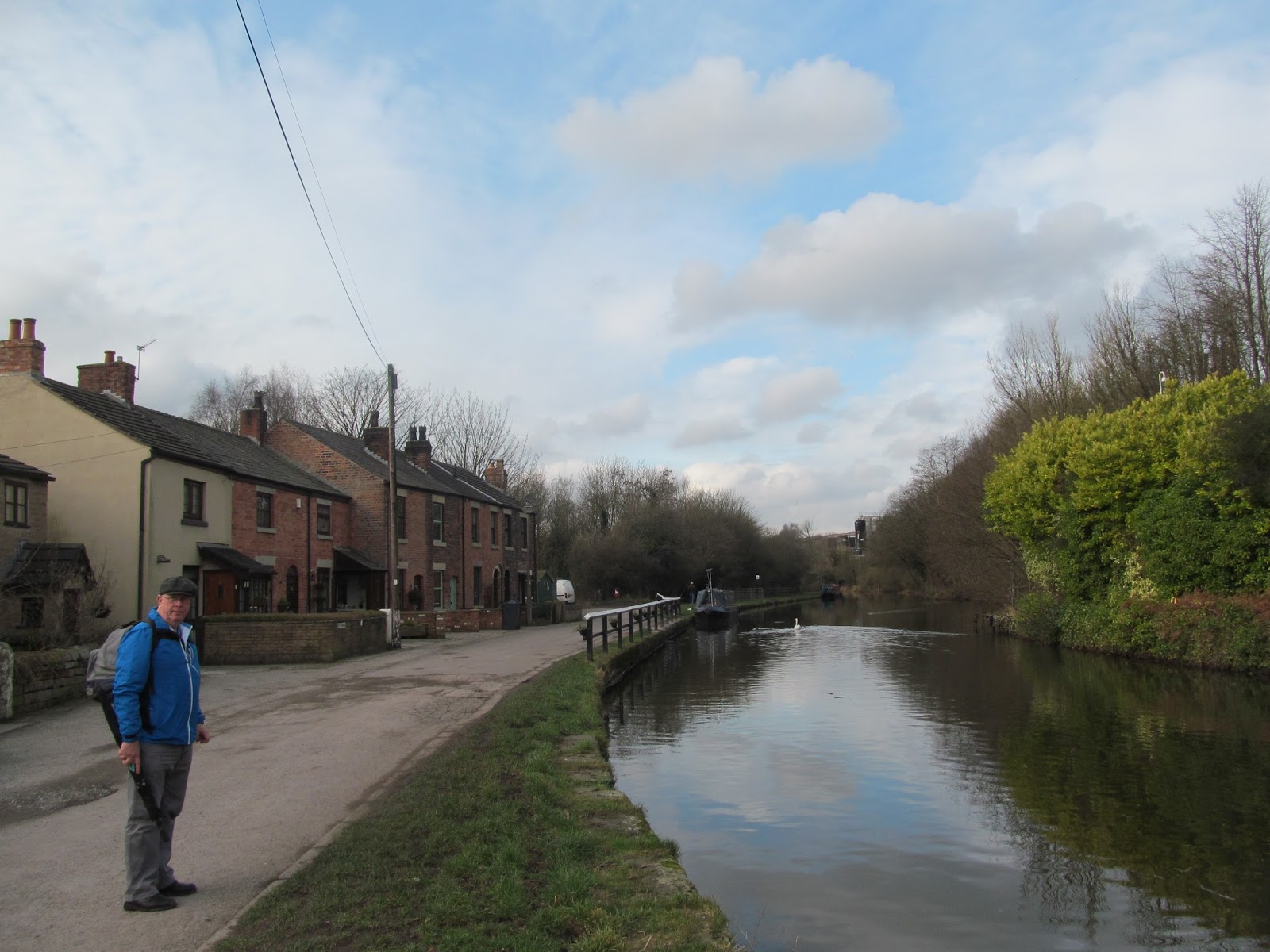 After a drink we sat on a canal bench besides the bridge and had our lunch.  A swan must have known as it was waiting for us!  Others joined in but didn't get much from Dad's sandwich - we are advised to not feed them bread but sweetcorn, peas or seeds instead.  I will need to bring a supply of the recommended food on my next walk. 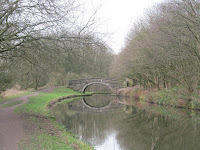 Passing the final lock (Lock 91 - Appley Locks) we walked through some very scenic West Lancashire countryside before we reached Parbold.  Parbold's noticeable building must be the windmill building which is now an art gallery...the village has a railway station and caters for its villages, walkers and boaters with its shops, pubs, restaurants and moorings.  There is a nice atmosphere to the place...unfortunately we didn't have time to explore but we hope to one day in the future. 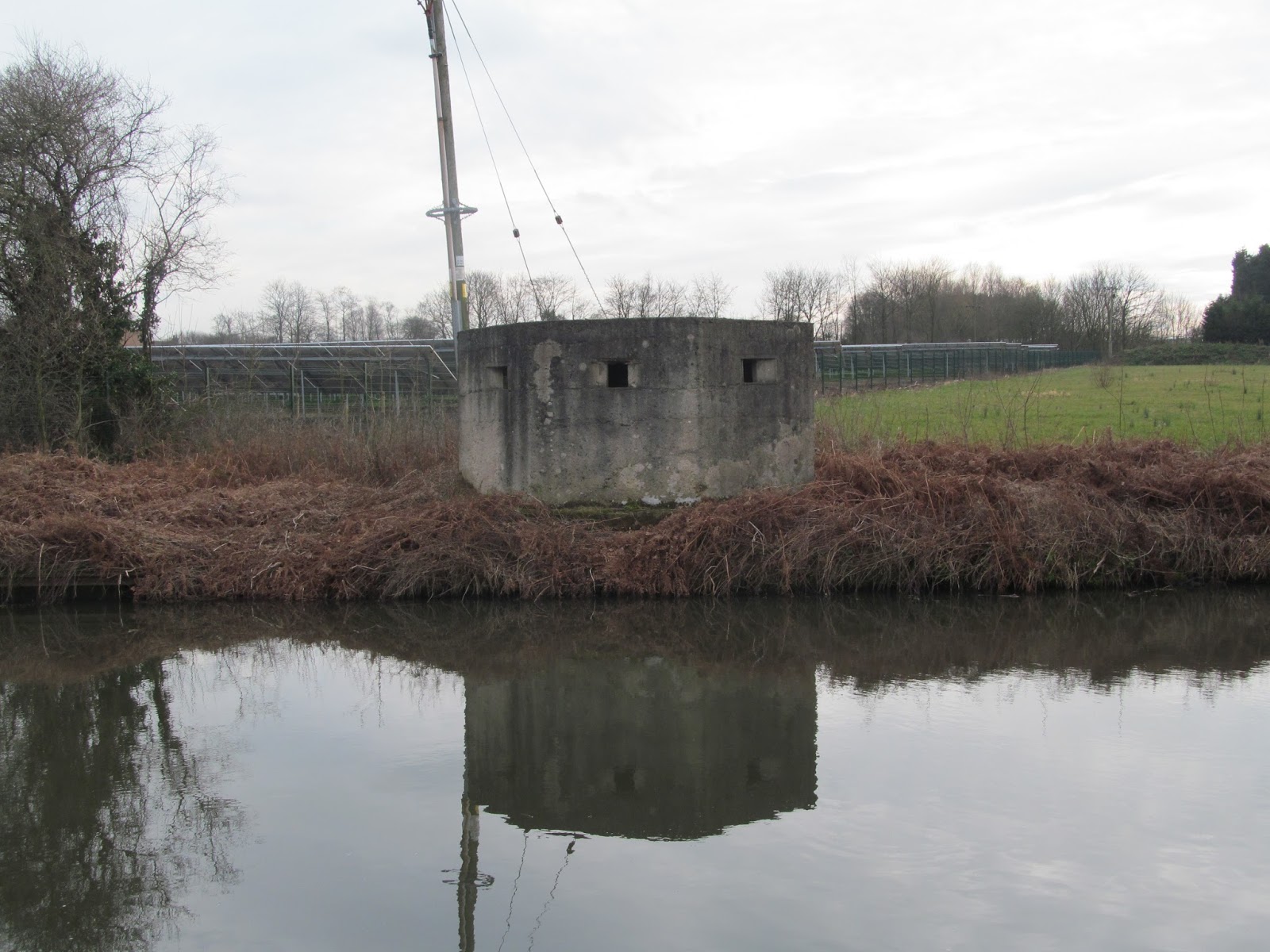 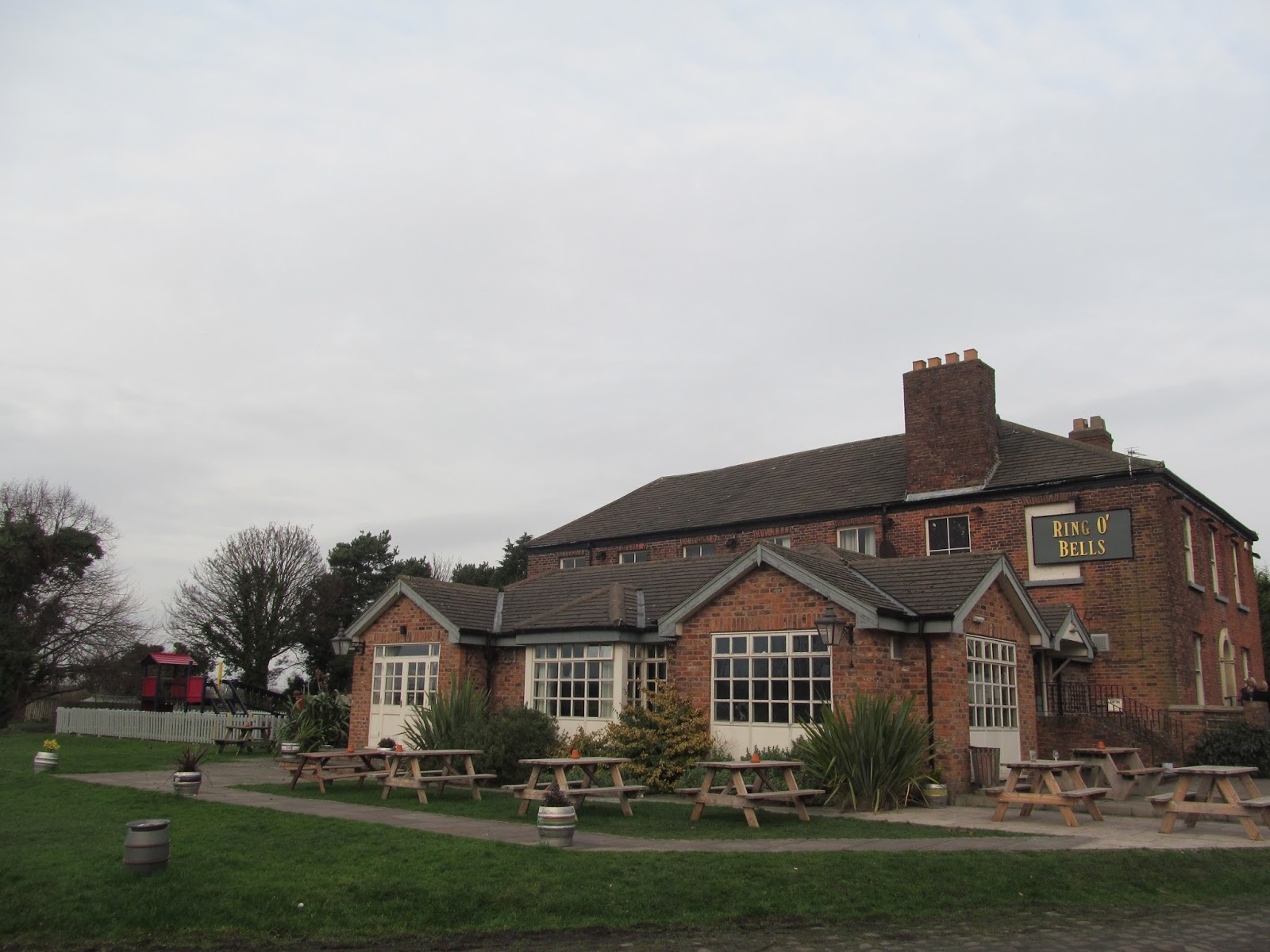 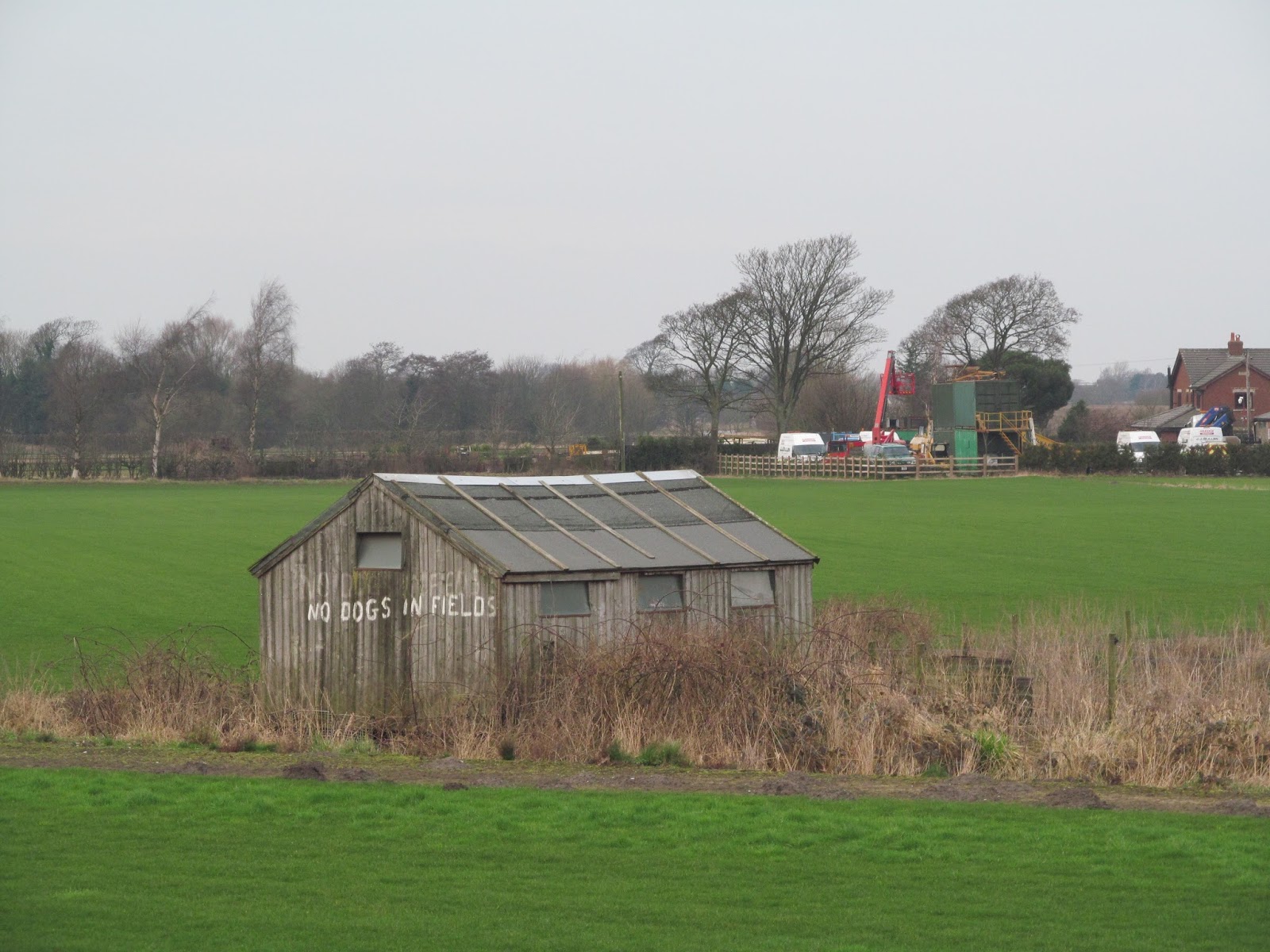 We noticed a concrete pillar box between Parbold and Burscough which must have been used during the 2nd World War.  We then ready for our scheduled stop at the recommended Ring O'Bells.  The pub didn't disappoint and we enjoyed having a drink there.  It is a family/dog friendly pub which offers food as well as a wide range of drinks.  There are moorings besides the pub where boats can stop,moor up and visit. 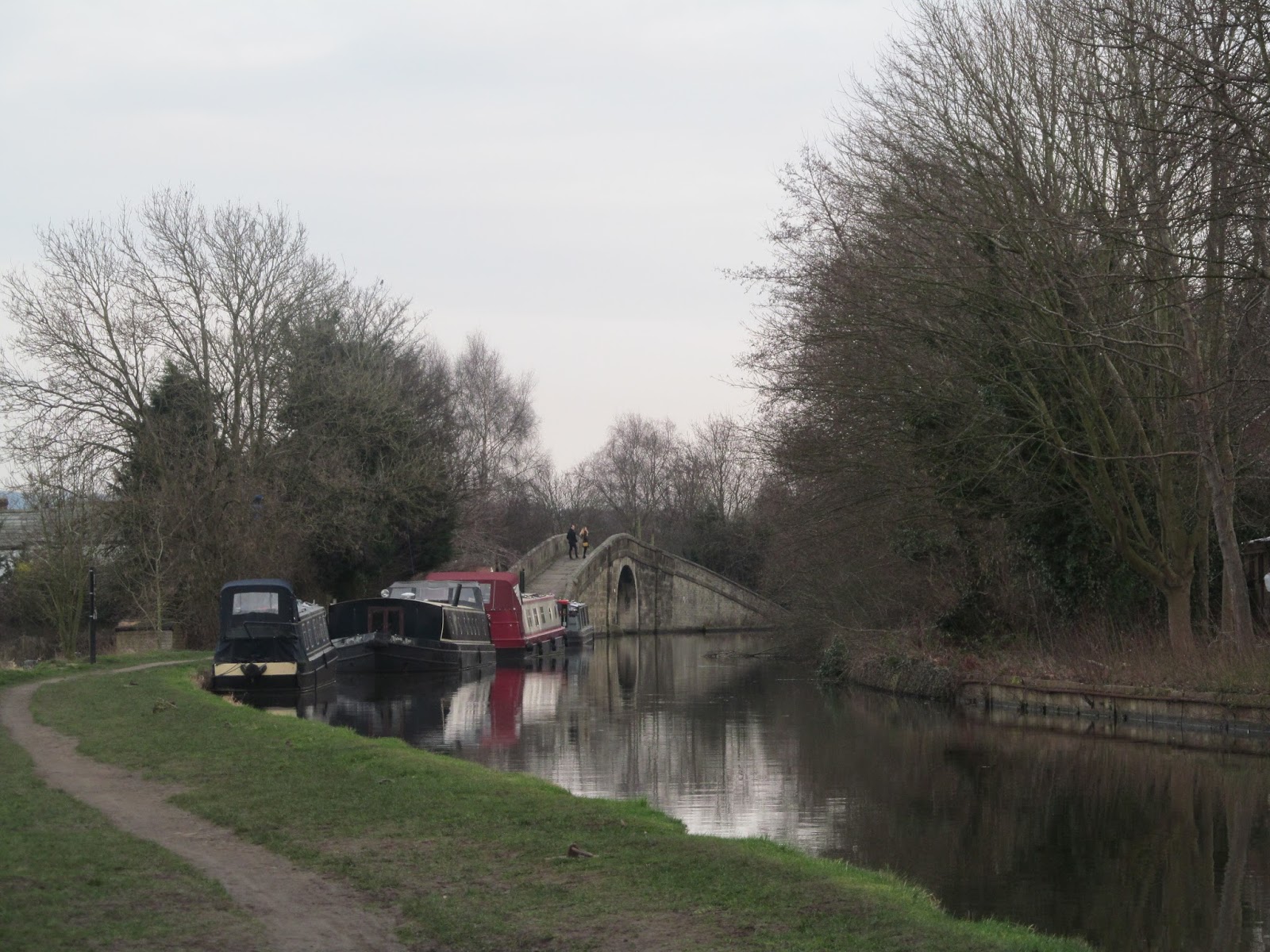 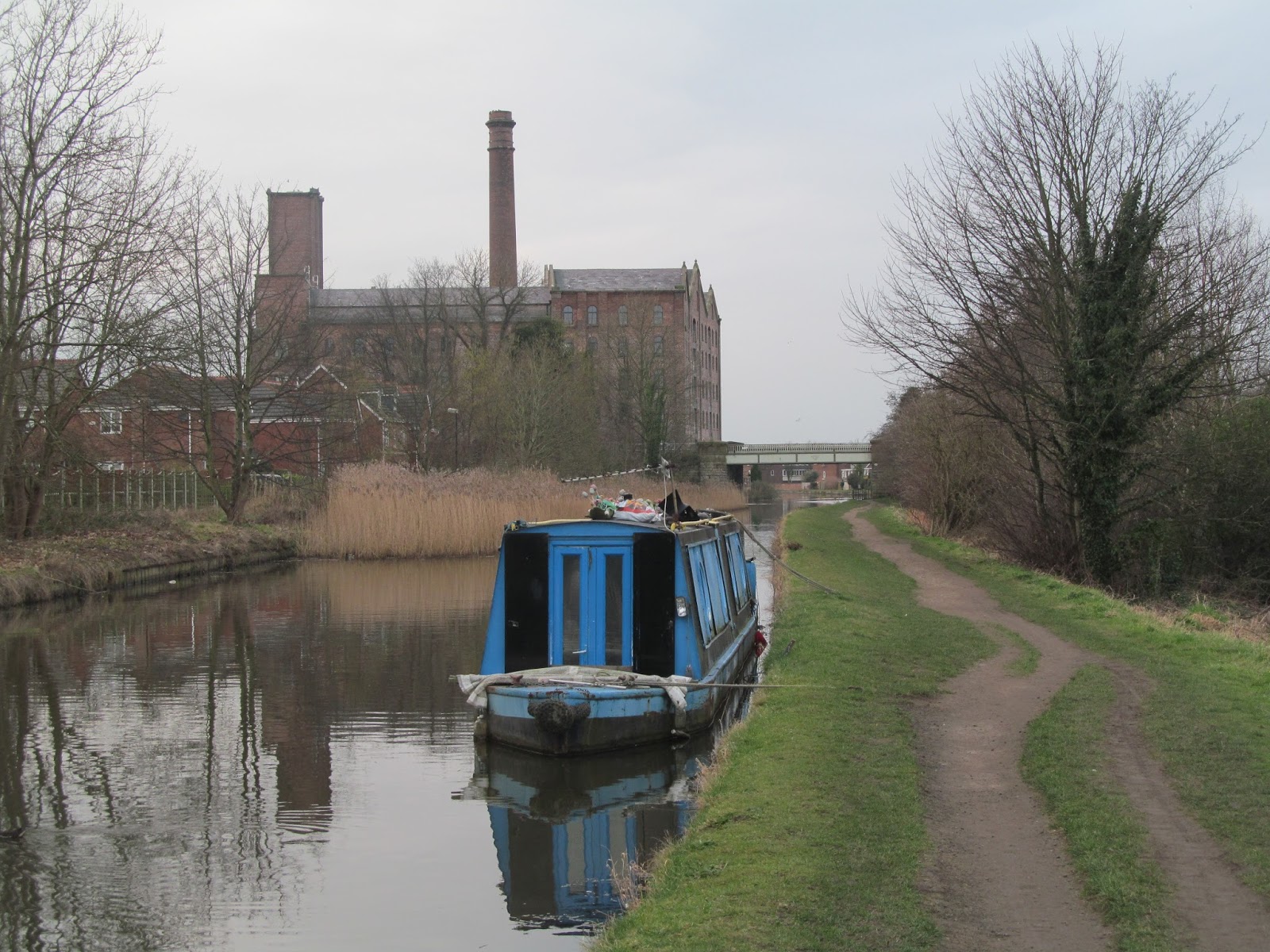 It wasn't far to Burscough (probably just a mile or so or less) so we ambled along the canal passing the junction for the Rufford Branch (another walk I plan to do soon).  We 'signed off' at Burscourgh Bridge and walked down the main street to the station for our overcrowded and claustrophobic two carriage train back home via Huddersfield.   A great day out...only 24 miles or so left before we reach Liverpool! It's a lovely feeling walking over a 100 miles* so far on this canal! 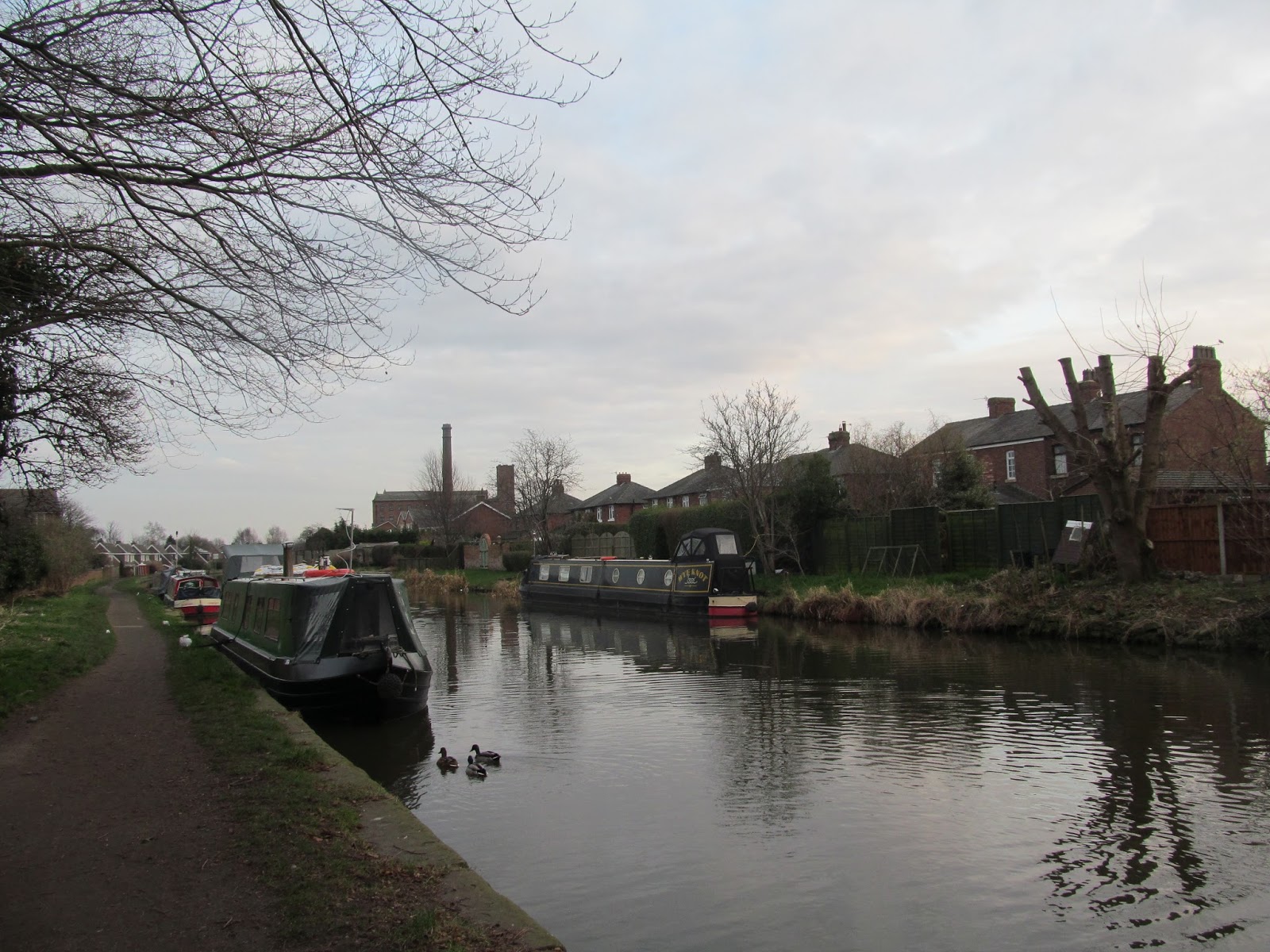 *Dad is yet to walk from Crossflatts to Skipton and plans have been made to walk this stretch next month.